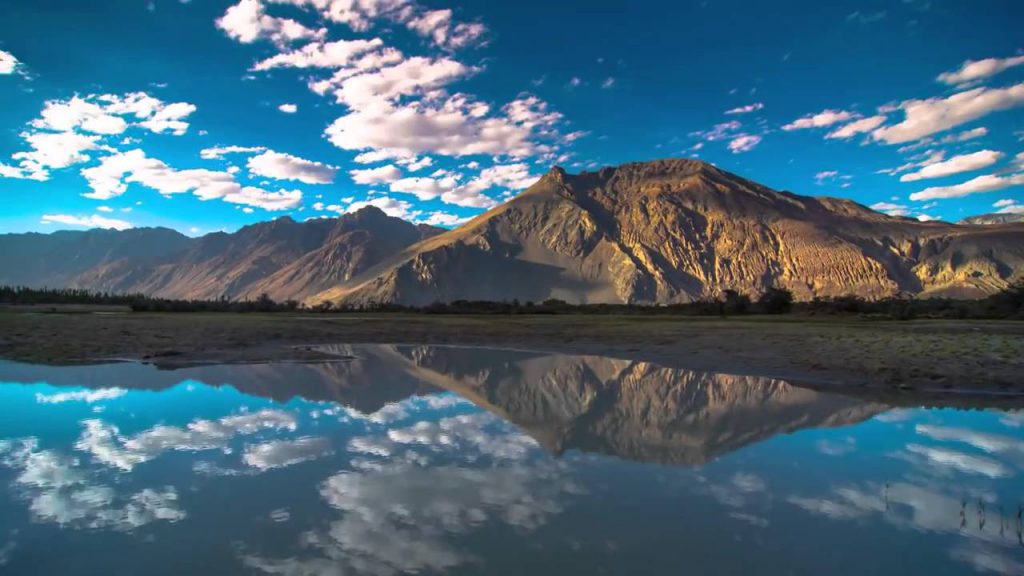 Ladakh is a mountainous region that is situated amidst snow-capped hills. It recently became a Union Territory in north India. It is in the area which is known as the Trans-Himalaya which means the lands beyond the Himalayas.  Ladakh’s natural features consist mainly of high plains and deep valleys as it is one of the highest regions of the world.

The people of Ladakh are a mixture of Buddhist and Muslim 50% of each. Buddhists are the majority in the east close to the Chinese border that is why travelers are likely to see more of the Buddhists as the majority of the tourist attractions are located in the east and directly related to Tibetan Buddhist culture.

Ladakh was very strongly influenced by Tibet and the neighboring Muslim region even when it was an independent kingdom for nine centuries. The architecture of both residential buildings and of the monasteries in Ladakh is almost identical to that of Tibet.

Ladakh is magnificent and sometimes called an unexplored wonderland of the Himalayas. Everyone who loves adventure considers this place is as heaven. One can indulge in various kinds of adventure sports such as biking, water rafting, safaris, and trekking in Ladakh. Ladakh has always been blessed with incredible topography, it comprises of hilly terrains, high altitude peaks, and lush green grasslands. Alchi and Nubra Valley are some of the popular tourist hotspots in Ladakh. It is home to rare wildlife including the Tibetan antelope, ibex, and yak.

Visitors from across the globe come to Ladakh for its breathtaking beauty at different times of the year in different Ladakh temperature also the climate in Ladakh has extremities – both in summers and winters. Ladakh is also known as the ‘cold desert’ as there is practically no rainfall and the place is dry and arid. The beauty of Ladakh is difficult to put into words.

I took a road trip from Manali to Ladakh and back, obviously because when it comes to road trips the first thing that strikes your mind is the most celebrated Leh to Manali highway road trip. I visited Ladakh in the month of August as June to September is the best time for Manali to Ladakh trip on your beast. I spent 2 days with adequate stops for rest if you will hurry and complete the trip in 1 or 1.5 days it will be very tiring.

While I was on a road trip, I got a chance to explore the incandescent beauty of the region. Mountains were covered with snow, distant valleys, and the cool mountain breeze made the trip all the more exciting. As I was continuing my ride through the rugged terrain I come across some of the most well-known passes of Ladakh. Ladakh is a place where you will experience life coming to a standstill when you directly communicate with nature and serenity around.