The Yoga Lifestyle: What is Yoga And it’s History 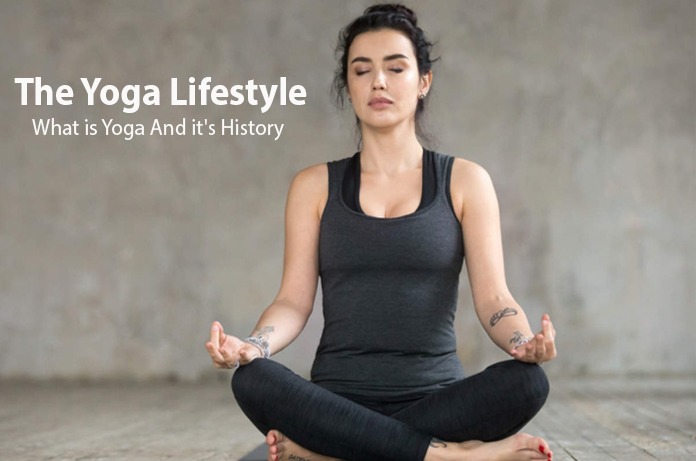 The word “Yoga” in itself is similar to complete science itself, which unites the body, mind, soul, and the universe. The history of yoga, which is known as the practice of mind and body in ancient Indian philosophy goes about 5000 years back. Different styles of yoga combine physical postures, breathing techniques, and meditation or relaxation.

In recent years, yoga has carved out a niche for itself as a form of physical exercise and today it has become popular worldwide which enhances better control and well-being of mind and body. There are many different types of Yoga exercise and many disciplines are included. Let us try to throw light on the benefits of Yoga, various postures, its history, and disadvantages with the help of this article. If the various postures of yoga are not done properly then it can prove to be fatal for you. So do it under the supervision of a good yoga instructor, but let’s first know what Yoga is?

Yoga derives from the ‘use metal’ of the Sanskrit language, which means that the soul’s union with God means that there is so much power in yoga, that it can give you immortality. Some people think that yoga is simple and easy but it is more than that. Yoga is primarily a spiritual discipline, in which the whole of life is imbibed.

Yoga can be termed as an art as well as a science. It is a science, as it provides practical ways to control the body and mind, making deep meditation possible. And it is an art, unless it is practiced spontaneously and sensitively, it will only give superficial results.

Yoga is not only a system of beliefs but it takes into account the influence of body and mind on each other and brings them into mutual harmony. Yoga works primarily through the pranayama, or energy-control, in the propagation of energy in the body. Yoga asana teaches how, through breath control, mind, and awareness, a high position can be achieved.

Although there is no written evidence available about the discoverer of yoga, it is believed that yoga originated in India. The 2,000-year-old “Yoga Sutras”, written by the Indian sage Patanjali on Yoga philosophy, is considered to be a complete guide to control the mind and emotions and develop spiritually. Earliest written record of yoga is the Yoga Sutra which is also one of the oldest texts in existence. It provides the framework for all modern yogas.

Fitness was not the primary goal of yoga, but seekers and followers of yoga practice also focused on other practices, such as expanding spiritual energy using respiratory methods and mental meditation and now it is quite famous for its postures and rugs. Even after such an old history, yoga started gaining popularity towards the end of the 19th century. An explosion occurred. Note: Male yoga professionals are known as yogis, and female yoga professionals are called yoginis.

History: Yoga began as an ancient practice, the origin of which is a specimen in India in 3000 BC. Stone-carved figures of yoga postures can be found in the Indus Valley, reflecting native postures and practices. Yoga was developed to establish harmony between heart and soul on the path of divine enlightenment. Also, it was discovered that yoga also helps in curing many diseases like diabetes and high blood pressure and reduce physical injuries and chronic pain. Yoga has helped in curing many diseases. And as yoga is becoming increasingly popular outside India and in so many different cultures, the practice has been transformed into teachings and means in many different schools.

A full-body massage with gentle music, dim lighting and a sense of calm is a threshold of…