OOTY : The Queen of Hill Station 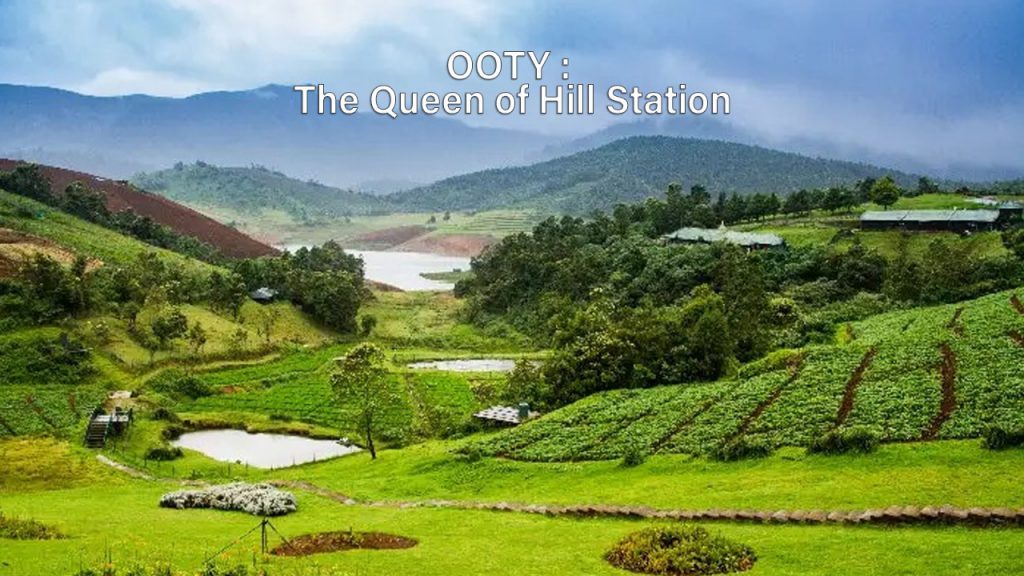 Ooty is situated in the beautiful hills of Nilgiris which is why it is sometimes called as the queen of hill station. The official name of Ooty is Utkamand and for the convenience of tourists it has been given the abbreviation of Ooty. This queen of hill station in the south of India attracts many tourists. The city is a part of the Nilgiri district of Tamil Nadu.

The Nilgiri hills around the city of Ooty add to its beauty. These hills are also called Blue Mountains. Some people believe that the place got its name from the Kurunji flowers that are flowered in the valleys here once in 12 years. These flowers are blue in color and when these flowers bloom, they give color to the valleys in blue. The history of this city can be found from the Toda tribe as it was ruled by the East India Company before the rule of the 19th century.

Tourist places in Ooty: The Queen of Hill Station

Botanical Garden, Dodabetta Garden, Ooty Lake, Kalahatti Falls and Flower Show are many reasons for which Ooty is famous all over the world. Mukurthi, the quiet and lovely village of Evelanche, Gleinmorgan National Park etc. is some of the major places to visit in Ooty.

How to reach Ooty: The Queen of Hill Station

Ooty is easily accessible by road and train. The nearest airport to Ooty is Coimbatore.

Due to the condition of Ooty, the weather here is pleasant throughout the year. However, the weather here is colder than other parts of South India in winter. Colonial Heritage The influence of British culture and architecture can be seen in this city. In fact, many tourists have noticed that this hill station looks like a beautiful English village.

This is probably the reason why the city gets maximum income from tourism. The British were so impressed by the climate and natural beauty of this place that they named this place Ooty “Queen of Hill Station”. For them it was like a hidden treasure as they could not bear the warm and moist weather of any other city in South India.

Due to this Ooty became popular as a summer / weekend spot in the British people. The city has the distinction of being the summer capital of the Madras Presidency. The British East India Company also developed Ooty and started producing tea, teak and cinchona here in the Nilgiris. There are many tea and coffee plantations in and around Ooty.

Ooty has an old world charm that is still unmatched today. When you travel in Ooty, you reach the old times by looking at the architecture here and the design of some buildings. They remind you of the past. There is no history of Ooty collapse. Its rise began after the arrival of the British people. However, in these past two centuries, this city has created a history which was never there before or which was missing for us.

Ooty’s history for the modern world begins with the arrival of the British, mainly after the arrival of soldiers. As soon as you enter this city, you get to know that this city has the influence of the British people. The art and architecture of the buildings, the design and construction of the houses all resembles the British era. British traditions have had a profound impact on the lives of the local people here.

The influence of English dishes (food items) on local foods is also seen. As a result, you can get the best food in Ooty by mixing English and Indian spices. The British together with hardworking locals made Ooty a success. The rich cultural heritage is seen only in Ooty.

Summer is the best time to visit Ooty. After rain, the view here becomes very pleasant. In winter, the temperature drops here and there is a dense fog shade. Ooty temperature does not exceed 25 degrees even in summers due to its high altitude. Ooty is situated at an elevation of about 7440 feet from the beach.