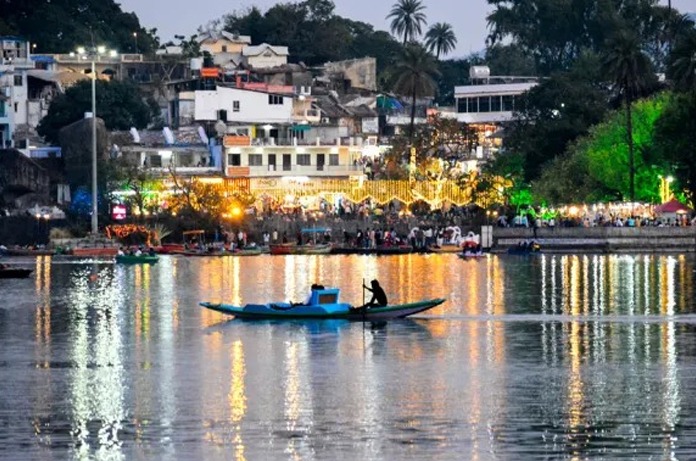 If you are fond of adventure activities ranging from camping, horse riding, and boating to balloon rides, then Mount Abu in Rajasthan is probably the best place for you. Along with the fun of boating in Nakki Lake that will make you feel relaxed, you can enjoy adventure such as trekking and hiking in Mount Abu.

Mount Abu is the only hill station in the desert which is famous not only in India but also abroad. Visiting this city will make your holidays even more interesting.

Things to do in Mount Abu

In Mount Abu, you will be able to enjoy activities like rock climbing and rappelling. Trekking is also famous in Mount Abu. Due to the hilly terrain, this place is considered good for trekking. There are man-made treks as well as natural treks. Mount Abu is also famous for camping as well as horse riding and hot air balloon activity. Through this, you can see the beauty of Mount Abu from the sky. Nakki Lake is the famous tourist place in Mount Abu. Here you can take a walk along the lake or else you can enjoy boating.

The best time to visit Mount Abu is between September and March. The city does not get hot even in summer as it is a hill station. Mount Abu temperature ranges from 23-33 ° C between April and June. On the other hand, Mount Abu is very cold in winter (November to February). The mercury ranges from 12 ° C to 29 ° C between November and February. Sometimes the weather is very cold during the night even the temperature goes below zero.

Places to visit in Mount Abu

Shri Raghunath Ji Temple: This is the temple of Lord Vishnu on the banks of Lake Nakki where people of the Vaishnava sect mainly worship. According to one belief, Shri Raghunath ji protects from natural disasters and life’s challenges.

Gaumukh Temple: To reach this temple of Lord Shiva, one has to climb 700 steps. The entire view of the beautiful valley is visible from the temple. The main attraction of this temple is a Gaumukh with a statue of Nandi. Apart from this, idols of Lord Krishna, Lord Rama and sage Vashistha are placed next to Nandi.

Arbuda Devi Temple: Arbuda Devi Temple represents the rich architecture and heritage of Rajasthan. It is believed that Arbuda Devi is the incarnation of Mother Katyayan Devi. Some historians say that the Paramara rulers were born from Agnikund in Mount Abu.

Toad rock: This rock is considered a symbol of Mount Abu. Toad Rock is the most visited place in Mount Abu. You can get the most amazing views of the lake and the lush green hills around it from this place.

Trevor tank: Designed by a crocodile breeding engineer, this tank serves as a natural habitat for crocodiles. Trevor Tank offers a beautiful view of the surrounding countryside. It is often used as a picnic spot by people.

Brahma Kumari World Spiritual University: This international, spiritual organization was founded by Dada Lekhraj Kripalani. People come from all over the world to practice yoga here. The place of meditation of Dada Lekhraj Kripalani in this center is called Baba’s hut. Raj yoga meditation is taught at this place. This spiritual university is followed by more than 8,500 centers in 100 countries worldwide.

Guru peak: Located at an altitude of 1722 meters above sea level, it is the highest peak in the Aravalli range. Mount Abu Observatory and Guru Dattatreya Cave Temple are located on the peak. A 1.2 m infrared telescope is housed in this observatory.

Mount Abu temperature Mount Abu Tour Places to visit in Mount Abu
Share. Facebook Twitter Pinterest LinkedIn Tumblr WhatsApp Email
Previous ArticleBreakfast: Why is Breakfast Important And What to Have in Breakfast?
Next Article How To Earn Money Through Your Blog?