What All Can One Wear to Indian Traditional Fashion Show Themes 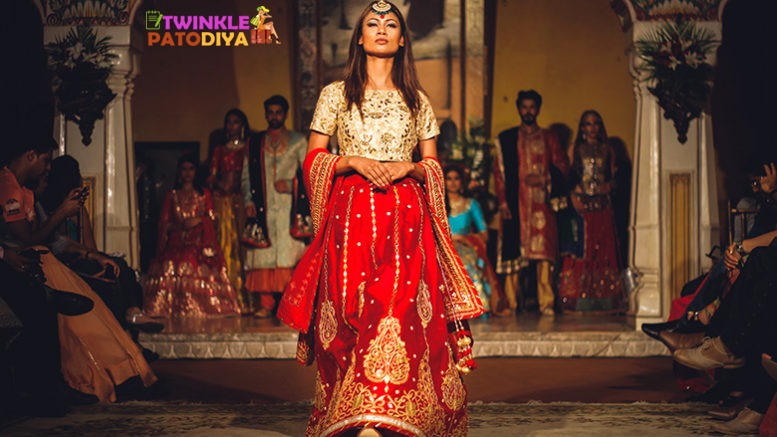 What All Can One Wear to Indian Traditional Fashion Show Themes

Indians have always been known for their distinctive wearing and apparel which can be widely noticed in Indian Traditional Fashion Show Themes. India is a place of diverse cultures, religions, ethnicities, and ways of life, and all these characteristics are reflected in the way Indians dress in ethnic attire. It is also true that, with the wave of modernization sweeping the globe, Indians are not left behind in embracing Western and other attire, but one thing is certain: Indians never forget their roots and appreciate their traditional ethnic attire, especially during festivals.

Traditional Indian clothing differ from region to region due to location, climate, ethnicity, and culture. This is the guide for you if you want to know what you can keep in the Indian traditional fashion show themes.

The Indian Saree is a traditional Indian women’s clothing. It is made of a single piece of fabric that’s five to nine yards long and two to four feet broad. Depending on the occasion, the material is wrapped in a variety of ways and can be widely seen in Indian traditional fashion show themes. The fabric is usually wrapped around the waist and draped over the shoulder, leaving the midriff exposed. The garment’s history can be traced back to the Indus Valley Civilization. Because of the flexibility it provided and the hot heat, Indians loved to wrap themselves in cotton cloths.

The Lehenga Choli originated in Gujarat, Rajasthan, and Kutch. When used in Indian traditional fashion show themes as an outfit, the skirt of the dress is long, cut, and flared. The skirt is worn with a choli, a tight-fitting blouse at the waist. The garment is created in a variety of hues and tones, and its style is greatly influenced by Mogul culture. The garment is distinguished by complex and gorgeous embroidery and is typically worn during weddings and celebrations.

Dhoti is the traditional Indian men’s attire. The dhoti is a long, unstitched garment that is usually 5 yards long. The clothing is tied at the waist and ankles, with a waist knot. In eastern India, the dhoti is typically worn with a kurta, a combination known as dhoti kurta. In the south, the dhoti is also worn with an angavastram. The ensemble is considered both formal and casual attire, and it has evolved over time to become an elegant cultural emblem in major Indian traditional fashion show themes.

This ensemble began as a comfortable and appropriate outfit for Indian ladies in Punjab and Kashmir. It is now one of the most often worn female traditional costumes in India. The attire comprises of salwar, which are pajama-like trousers that are snug around the waist and ankles. Over the salwar, a kameez, a long and loose-fitting dress, is worn. A churidar, which is more fitted at the waist, hips, and ankles, can be worn instead of a salwar. Fashion designers have made this costume extremely famous in India by using appealing designs in Indian traditional fashion show themes, embroidery, and textures.

The Panche or Lungi is a long piece of fabric wrapped around the waist and is one of the most popular traditional Indian garments presented in Indian traditional fashion show themes. The Lungi is mostly made of cotton and can be fashioned to resemble a tube shape on occasion. The colorful and floral dress is worn by both men and women, mostly on casual occasions.

It is a traditional Indian suit worn by men and is also known as Jodhpuri. The outfit is known as the Jodhpur suit since it developed during the British occupation of the state of Jodhpur. The suit is in the style of a western coat and trouser, but with Indian embroidery and design. A vest is sometimes worn as part of the ensemble. The jacket of the suit is distinguished by embroidered buttons and a lining at the collar. It is commonly portrayed in Bollywood films as a trendy alternative utilized in Indian traditional fashion show themes.

Sherwani is an Indian traditional knee-length jacket. The garment originated as a royal court wear for men and has now evolved into a contemporary wear commonly seen in Indian traditional fashion show themes. The Achkan has a frontal and side holes that were historically connected with strings. Achkan includes Indian needlework and is usually won with a churidar or dhoti. Although it is typically seen at weddings and other events, the garment is appropriate for both formal and informal occasions.

The Angarkha was a historic Indian court attire known for its comfort and flexibility. This outfit is used in Indian traditional fashion show themes and comprises of an upper garment that overlaps and can be fastened on the right or left shoulder. The garment can be worn over tops or coats and can be stretched or trimmed short. The front of the garment has a round-edged triangular hole, and the inner panel, known as the parda, covers the chest area and is visible through the opening. The style, cut, and texture of the garment varies by area, with Rajasthan and Gujarat being the most popular.

These are some major ensembles one can wear and see in Indian traditional fashion show themes. Despite the effects of westernization and globalization, India has been able to preserve its culture through the clothing worn. Traditional Indian attire is especially popular for special occasions such as weddings and festivals. Our clothing is what reflects to our roots and Indians know it well. Check out more on Indian culture.