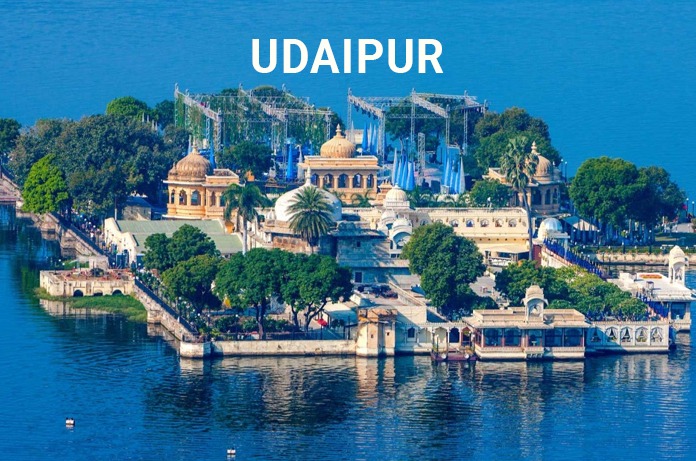 Udaipur city is situated between the Aravalli ranges. According to some opinions, Maharana Udai Singh – Sisodia Rajput dynasty – was founded in 1558. Bhil, Patel, Meena, Rajput and many other castes reside in Udaipur. The city of Udaipur has been the capital of Mewar, governed by the Sisodia dynasty.

There are many lakes around this city. Pichola, Swaroop Sagar, Fatehsagar, Udaisagar, Dudhtalai, Jansagar etc. are famous lakes in udaipur. It is because of this that Udaipur is called the city of lakes. In the rainy season, these lakes are thin and beautiful. These lakes compete with Kashmir’s lakes, that is why many people call this city Kashmir of Rajasthan. Nehru Gardens is the most famous spot in Udaipur which is built between Fatah Sagar. In the water of these lakes, there are also Jalmahals named Jaganivas and Jagamandir. Tourists enjoy boating in these lakes. At the time of night, when these gardens and these palaces glow in the light of electricity, then their beauty is visible. One special thing is that these lakes are formed in such a way that the water of one lake comes in another.

There is a solar observatory (solar observatory) on the north side in this lake itself. In this, the movements of the sun are studied by scientists. Udaipur city has many historical and scenic places. On the banks of Lake Pichola, there are grand monuments and palaces of the descendants of Maharana Pratap, in which the work of glass and painting are unique. On the east side of Fatehsagar, there is a famous historical site named Moti Magri, on it there is a huge statue of Maharana Pratap riding on a Chetak horse.

The Pride saga of Mewar is depicted through the Sound Light Program, which communicates the spirit of patriotism to the viewers. Tourists keep visiting here day and night. There is a beautiful temple of Neemaj Mata on a hill situated to the north near Fatehsagar, every year there is a flow of devotees. ‘Pratap Gaurav Kendra’ remains behind this hill, here 57 feet high statue of Maharana Pratap is present. This statue reminds us of his death at the age of 57. There is also a theater. It also shows a documentary film related to the life struggle of Maharana Pratap.

Apart from this, some other idols are also installed here, their brief introduction is also written with them.

Winter season is the the best time to visit Udaipur because the temperature remains comfortable which is apt for visiting the monuments and other places of interest in Udaipur.