Farmers Bill 2020: Why Farmers Are Protesting 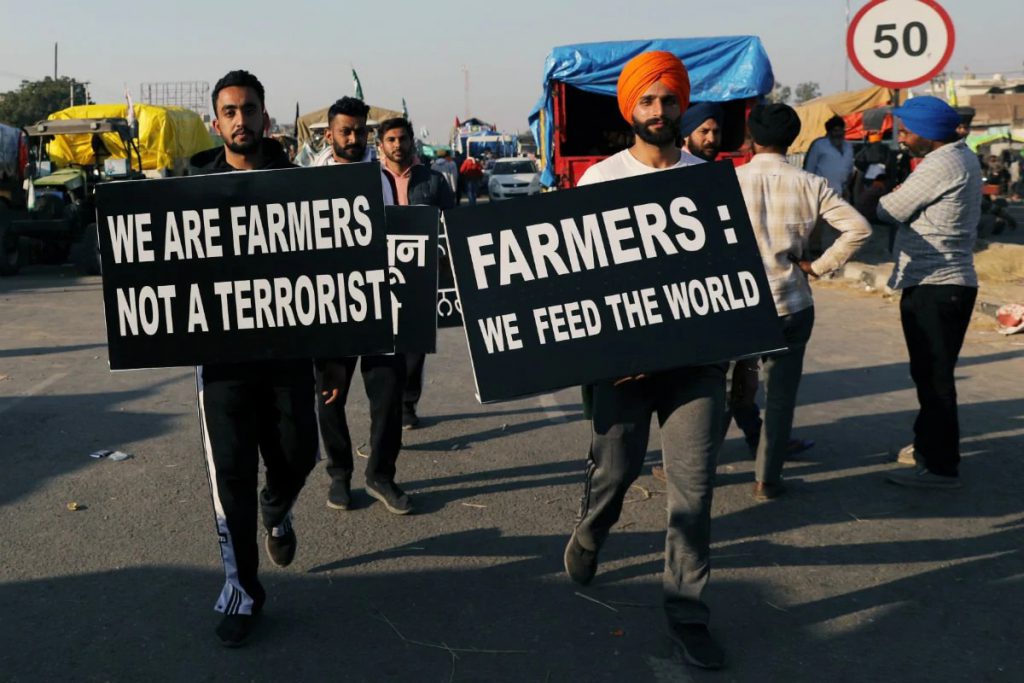 Indian farmers’ protest is an ongoing protest against the three farm acts which were passed on September 2020 by the Parliament of India. These acts are described as “anti-farmer laws” by many major farmer unions and politicians from the opposition also say it might leave farmers at the “mercy of corporate”. The government, however, is insisting that they’re going to make it effortless for farmers to sell their produce to big buyers.

As soon as acts were introduced, farmers’ unions began holding local protests, mostly in Punjab. After two months of local protests, farmers— notably from Rajasthan, Punjab and Haryana— began a movement named ‘Dilli Chalo’, under which tens of thousands of farmers peacefully marched towards the nation’s capital along with grocery supplies of at least three months. Police and enforcement used water cannons and tear gas to stop the farmers from entering Delhi which resulted in the new venue for the protest i.e. State Borders.

Over 500 farmer unions are protesting. Transport unions representing over 14 million truckers, bus drivers and taxi drivers also stepped in support of the farmers, threatening to halt movement of supplies in many states. After the government did not accept the farmers’ demands during talks on 4 December, the farmers escalated the protest to another level by calling nation-wide strike on 8 December 2020 and from 12 December, farmers have sieged the toll plazas on many highways and allowed free movement of vehicles.

Farmer unions are rejecting all the amendments proposed by ministry of agriculture and farmers welfare and are demanding that all the bills should be canceled, and the protest will continue till this demand is met. The biggest fear of every farmer is that minimum support price (MSP) will not be enforced once private mandis come up.

You must be thinking what is MSP?

MSP full form is Minimum Support Price, it is a price set by Government of India to purchase agricultural product directly from Farmers. It is set by Government to safeguard the farmer to a minimum profit for the harvest against any sharp fall in farm prices. For an instance if due to any situation the price of wheat falls drastically then also the farmers will get MSP of wheat which will ensure that a farmer is not facing any loss on its produce.

Centre’s proposal: Fee/cess can be imposed on the private mandis by State governments

Farmers’ objection: Agriculture businesses will be pushed towards private markets if private mandis will be created along with the state-run Agriculture Produce Market Committees (APMC), this will end the government markets and intermediary (commission agent) systems as well as APMC systems. After the end of government markets, intermediary (commission agent) systems and APMC system only big traders and giant companies will operate the markets. The government has ensured the Farmers that there will be uniform policy of taxes, fee, and cess both for government and private markets.

Centre’s proposal: Written assurance from government for the continuation of the existing MSP system

Farmers’ objection: Farmers are fully convinced that these Acts will dismantle APMCs, therefore, they are demanding that the Union government should employ a comprehensive Act on MSP for the whole country and for all crops. But the government is only ready to give a written assurance on this  issue, which is not a legal document and has no guarantee.”

Centre’s proposal: State governments can register traders to regulate them

Farmers’ objection: According to farmers these Acts will give permission to any PAN cardholder to procure grains from the markets at wishful prices and indulge in hoarding.

Centre’s proposal: Under the contract farming law, farmers will have the alternative to approach the court and their land will be safe as no loan will be given on farmers’ land and their buildings by mortgaging it.

Farmers’ objection:  The Union government is saying that there will be no sale, lease, and transfer of land during the period of contract agreement just to allay the fears of Farmers. But if we look at the history of contract farming, It has many examples of non-payment by the companies by making various excuses like substandard produce which has pushed the farmers into a debt trap. In such cases farmers are unable to repay the loans and have no option other than to sell/lose their lands.